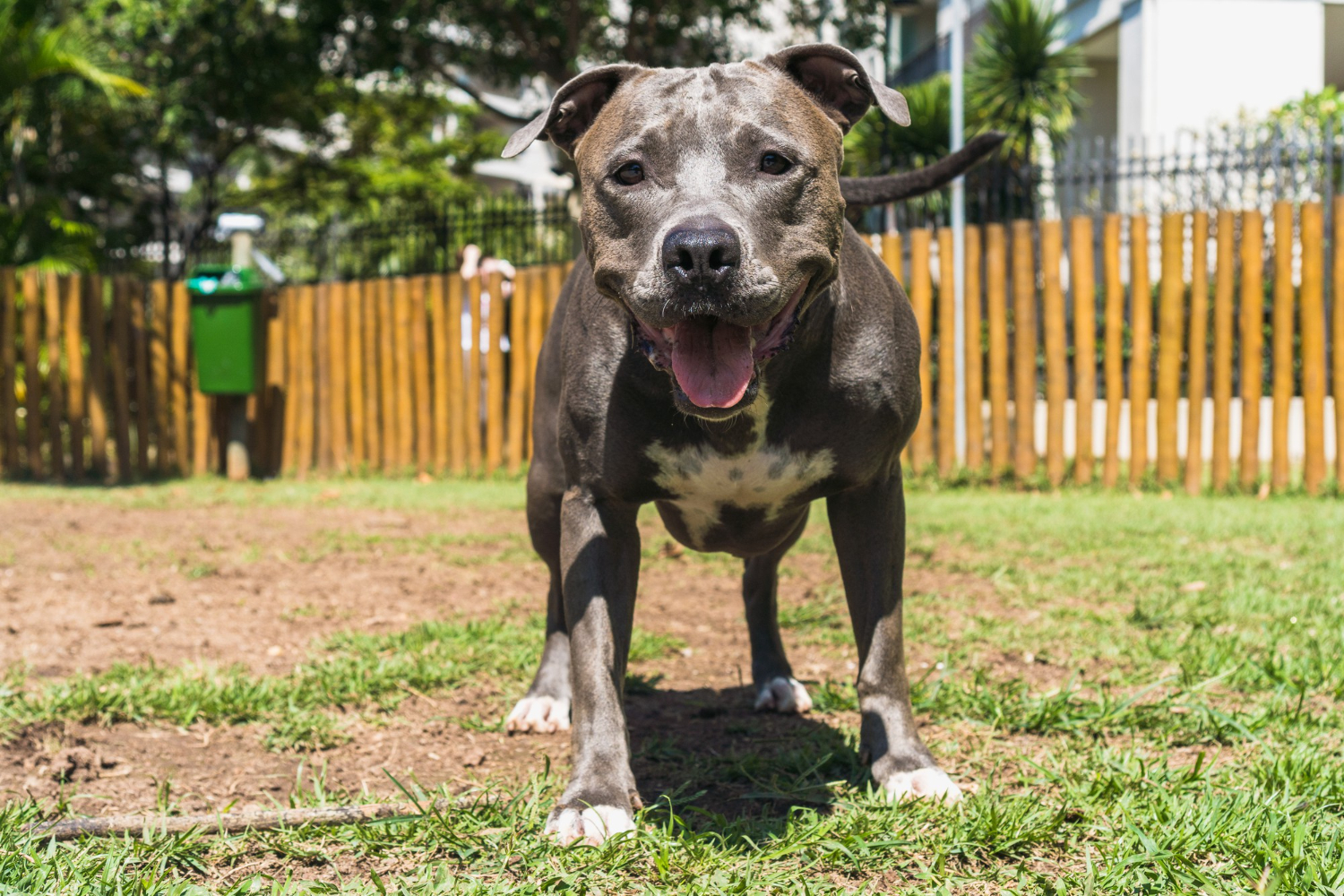 If you’re wondering, “Is a pitbull hard to train?” you’re not alone. Many dog owners wonder this same thing. A pit bull is a large breed of dog that was bred to kill things. This is a significant difference from a labrador, which was bred for its retrieval and swimming skills. If you’re considering adopting a pit bull, you should do thorough research before getting one. Before choosing one, make sure you’re prepared to train it properly.

While some dog owners use negative punishments to correct their pets, positive reinforcement works wonders. By rewarding your dog for doing something right, you are teaching it self-control and predictability. This technique is the gold standard of dog training. And it can be done right at home! So how does it work? Here are a few tips to get you started. Hopefully, these tips will help you and your pitbull enjoy the process!

To start with, try teaching your pup to sit. It’s easy to train your dog to sit. Simply hold a treat in front of its face and ask it to do so. By the time it sees the treat, it will sit automatically. Once it understands that he must sit before he gets the treat, repeat the process and make sure you shower him with praise after each reward. Once he understands the concept, try offering him his favorite treat, and keep repeating the process until he sits comfortably.

When you walk your pitbull on a leash, yanking on the leash doesn’t work as a dog training correction. This will only escalate the problem by increasing the dog’s opposition reflex. Walking will then become a battle of strength. Instead, you should correct your dog at the precise moment he or she needs to focus on you. Here are some helpful tips for leash corrections.

If the dog is in the heel position, give a quick pop or about-turn to correct this. Never yank the leash straight back. This will only cause your dog to pull against you and end up in more trouble. Instead, give a short sideways tug to get your dog’s attention. Remember to use your judgement when giving leash corrections to avoid causing harm to your pitbull.

There are several approaches to training your pitbull. You can use positive reinforcement to increase the likelihood of behavior modification, or you can use negative punishment to remove the dog’s favorite item. Either way, the key is to be consistent. Punishment should always be given immediately after the dog has performed a bad behavior. If you use punishment only after training, you risk creating a fearful, mistrustful relationship between the dog and the owner.

While physical punishment is an effective way to train your dog, it can be harmful. For instance, punishing your dog by rubbing its nose in your hand can lead to a phobia of your hand. You want your dog to associate your hand with positive things, so it doesn’t feel threatened when you reach for it. Aside from physical punishment, some other methods of punishing a pitbull may not work as effectively as the above-mentioned techniques.

Read more...  All about pitbull and french bulldog breed mix

Like any other domestic dog, the Pitbull develops a strong bond with its human owners and becomes affectionate towards them and their entire family. Since Pitbulls are generally rescued from shelters and have suffered from plenty of neglect and cruelty, they are particularly tender when they come to know a kind owner. It is important to understand that these dogs often do not respect the boundaries of personal space and are more likely to jump up on people.

The most common age for dog bite attacks is between five and twelve years old. To reduce the risks of pitbull attacks on children, State Farm and celebrity dog trainer Victoria Stilwell have joined forces to create a campaign called Kindness is Powerful. The campaign features pit bulls Elle and Super Smiley, as well as kindness ambassador Megan Blake with her pit bull. The goal is to raise awareness about dog safety while encouraging children to adopt dogs.

One of the most important skills a Pitbull needs to learn is how to get along with people. Socialization of a pitbull begins from a puppy’s earliest days. Exposure to people and other dogs will help the dog adjust to its new environment. This will make the dog more comfortable and improve their overall behavior. It is important to keep in mind that socialization does not guarantee a pitbull’s friendliness or behavior.

In general, socialization of a pitbull should begin at eight to 12 weeks. This time is crucial because this is when the dog’s primary stimulus response patterns will be established. Later on, secondary stimulus response patterns will be established. If a pitbull is introduced to new dogs, it may have a difficult time. You can start with a dog you know and trust. Another option is to get a dog from a training class or a friend.

Many people assume that pitbulls are hard to train, but this is simply not true. Pitbulls are much easier to train than most other dog breeds, and they are often compared to Golden Retrievers. However, pitbulls have extra energy and a stubborn streak, which makes them perfect candidates for obedience training. It is essential to not yell at your pitbull when it comes when you call it.

Because pitbulls have a long history of fighting, they are naturally territorial. They are also likely to be intolerant of other dogs. To help your dog understand that it is time to go outside, you can teach him “outside” by having him sit or lie next to you. While your dog is outside, praise him when he does so. As the dog gets older, increase the distance between him and the object of the command.

If you’re wondering, “Is a pitbull hard to train?” you’re not alone. Many dog owners wonder this same thing. A pit bull is a large breed of dog that was bred to kill things. This is a significant difference from a labrador, which was bred for its retrieval and swimming skills. If you’re considering adopting…

What age should you neuter a pitbull?